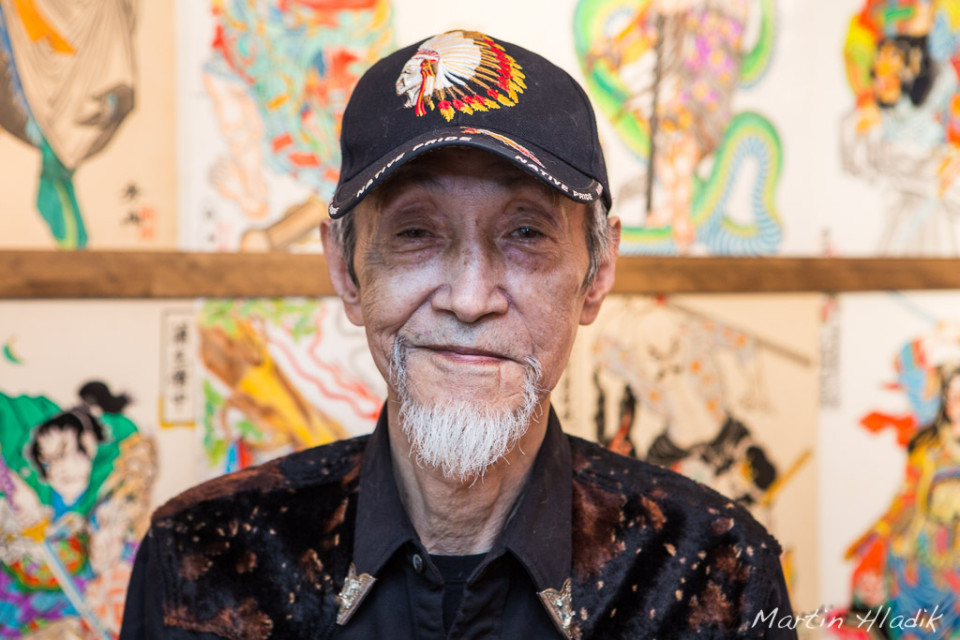 As young tattooist Horihide was amazed by colors of tattoo of American servicemen who he met in Japan in 60tees. He learned that they had been tattooed by Sailor Jerry (Norman Keith Collins – prominent American tattoo artist, famous for his tattooing of sailors (January 14, 1911 – June 12, 1973), and so he began corresponding with Jerry for several years.
Horihide was also one of few tattooists who learned English at that time. After four years of corresponding they finally met, exchanging American color inks for Japanese tattoo motifs.

Horihide became teacher and main source of information for Don Ed Hardy, student of Sailor Jerry. When Ed Hardy arrive to Japan in 1973 to study Japanese style, he did not know that he become recognized for incorporating Japanese tattoo aesthetics and technique into his American style work.

Horihide is an old men (over 80), however he is not at the end of his creative work. He still tattoo his clients, he draw original drawing and go to oversea tattoo conventions to sell them. His spirit is young.

Horihide recent exhibition was a chance to meet this great tattoo master….

(interview with him will be posted later. Subscribe to get the most recent information!) 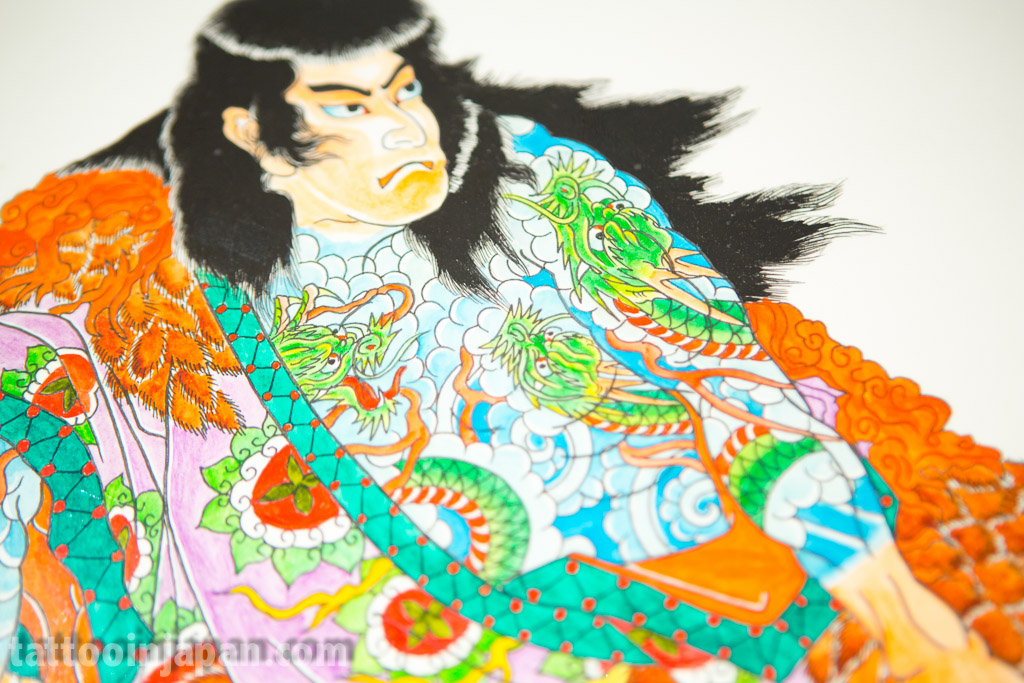 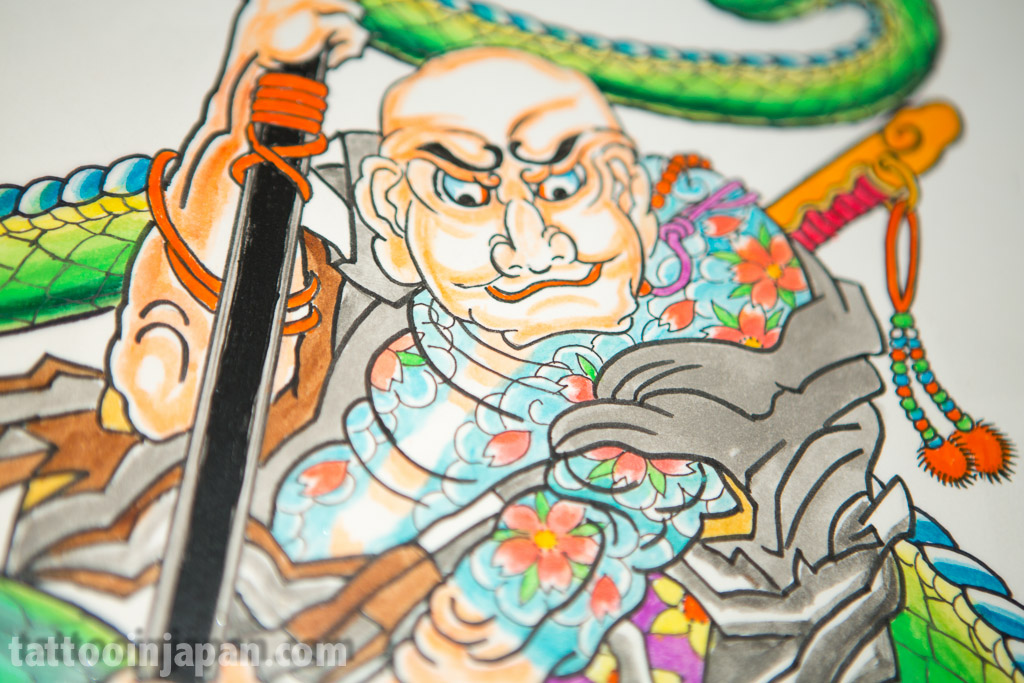 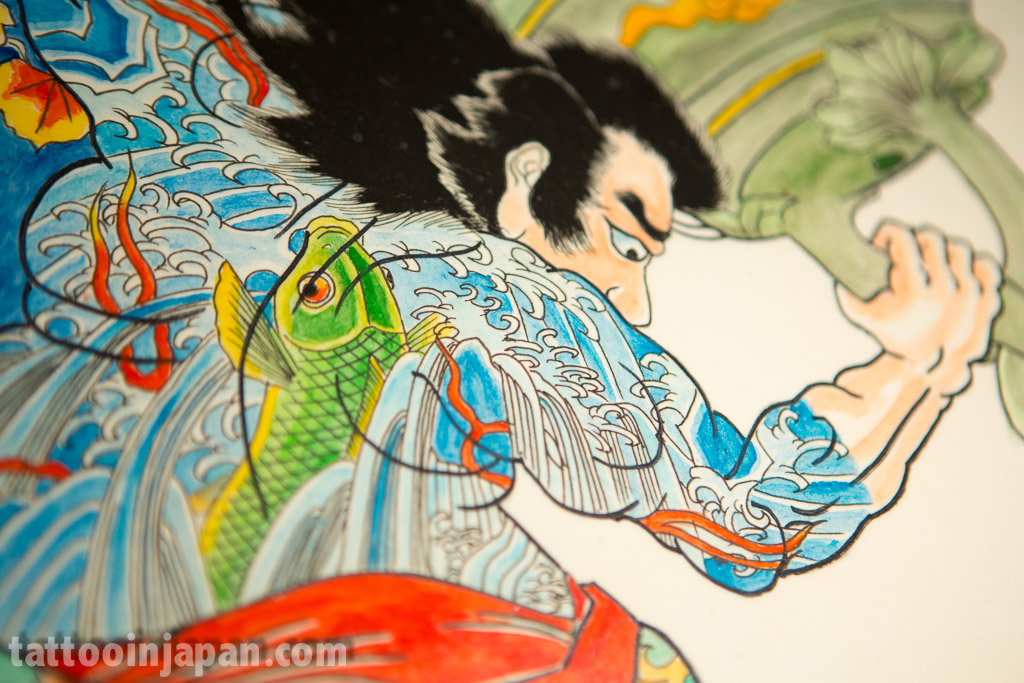 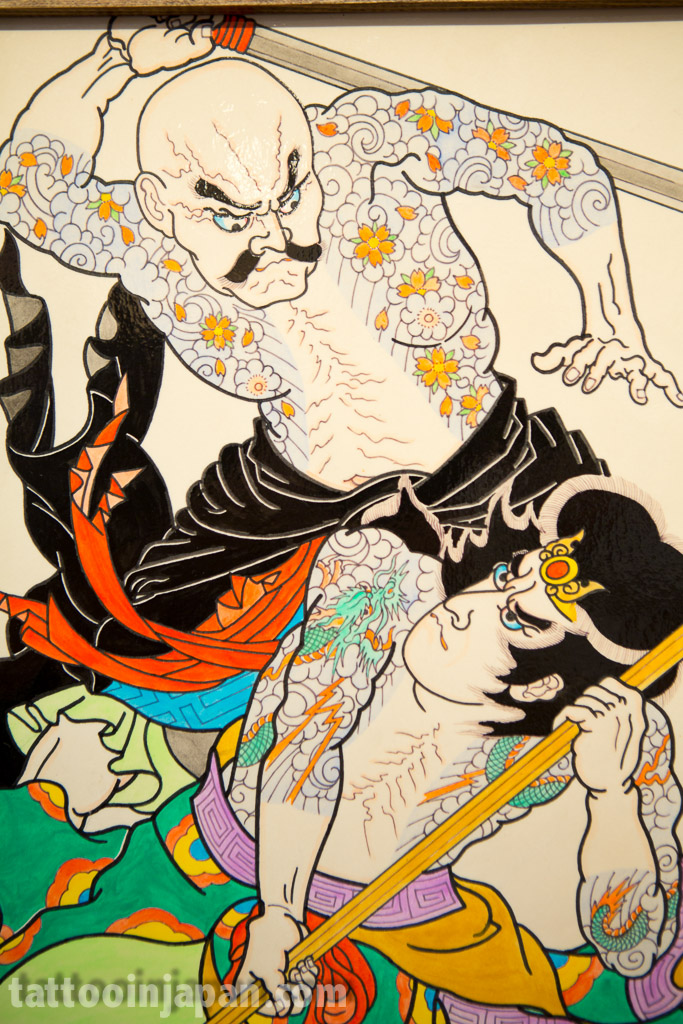 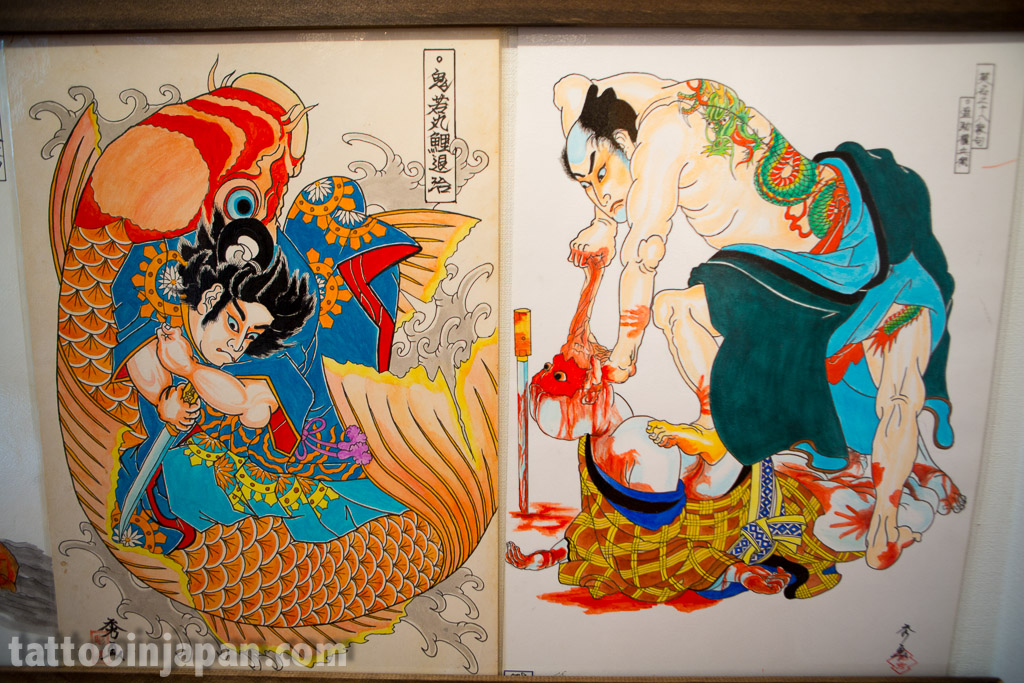 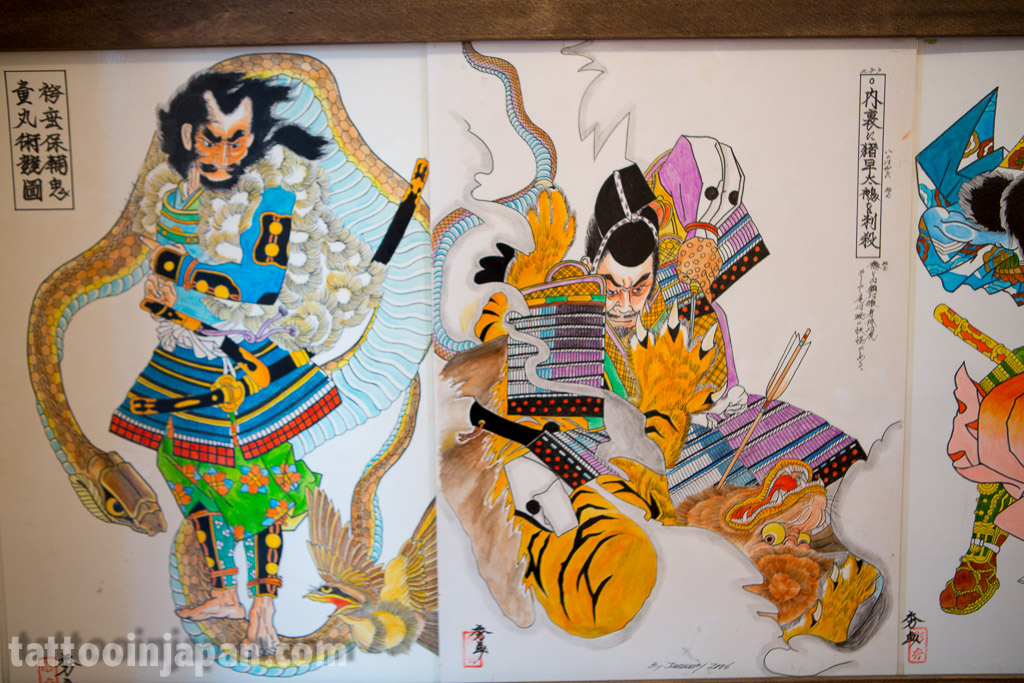 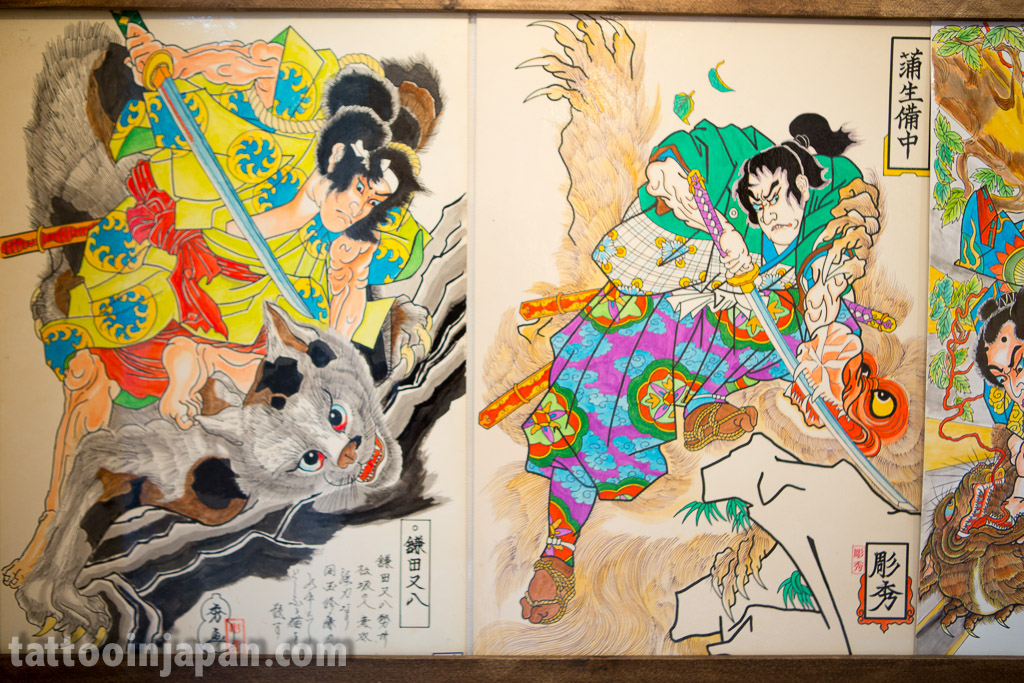 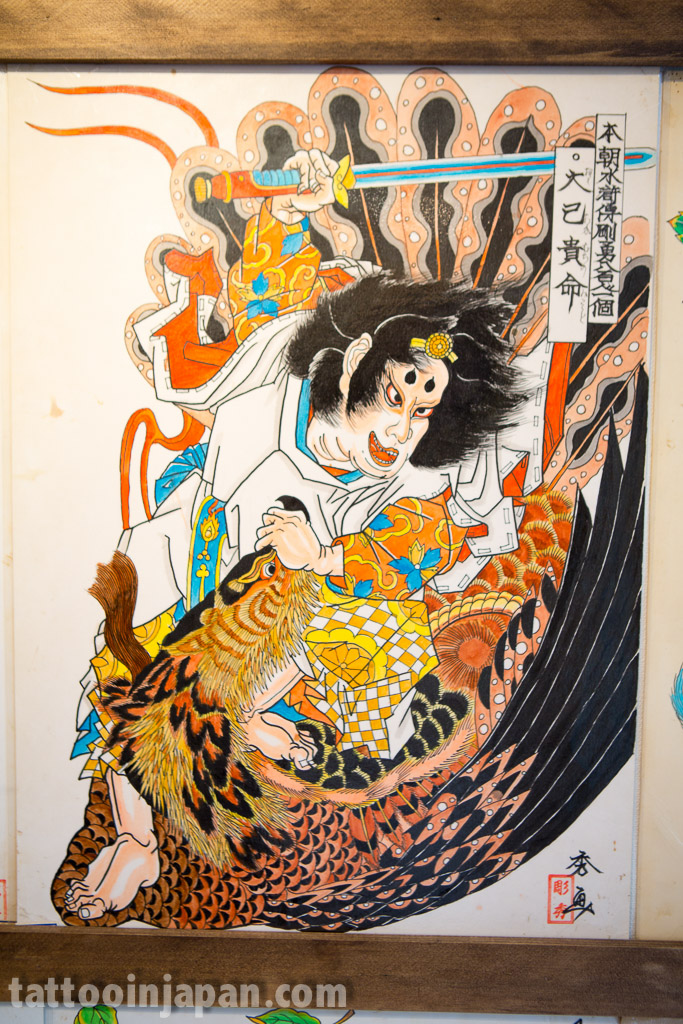 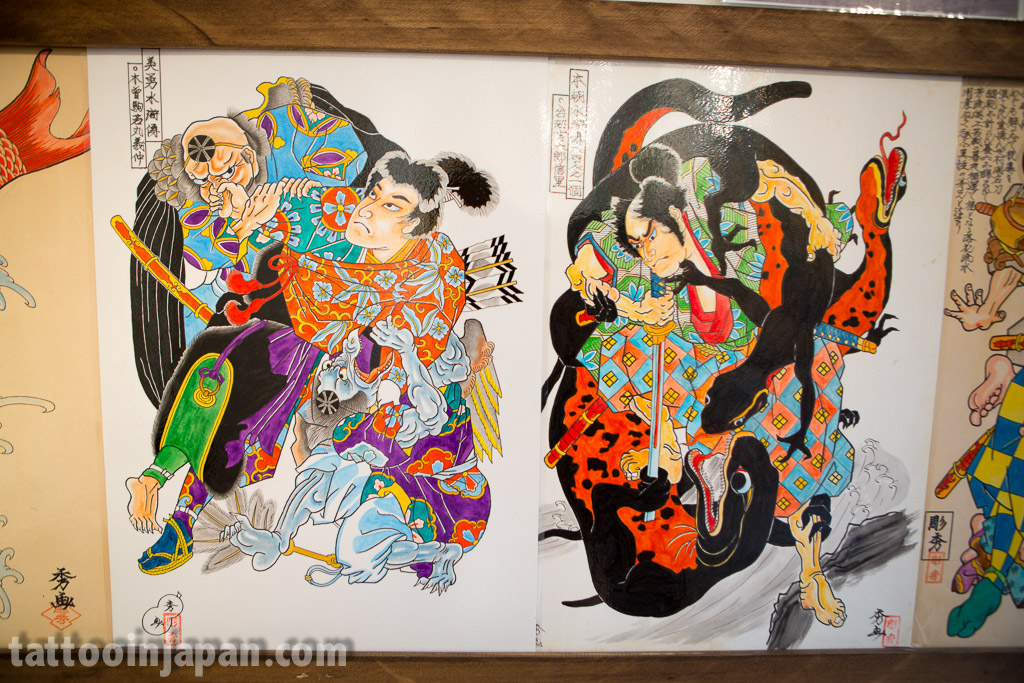 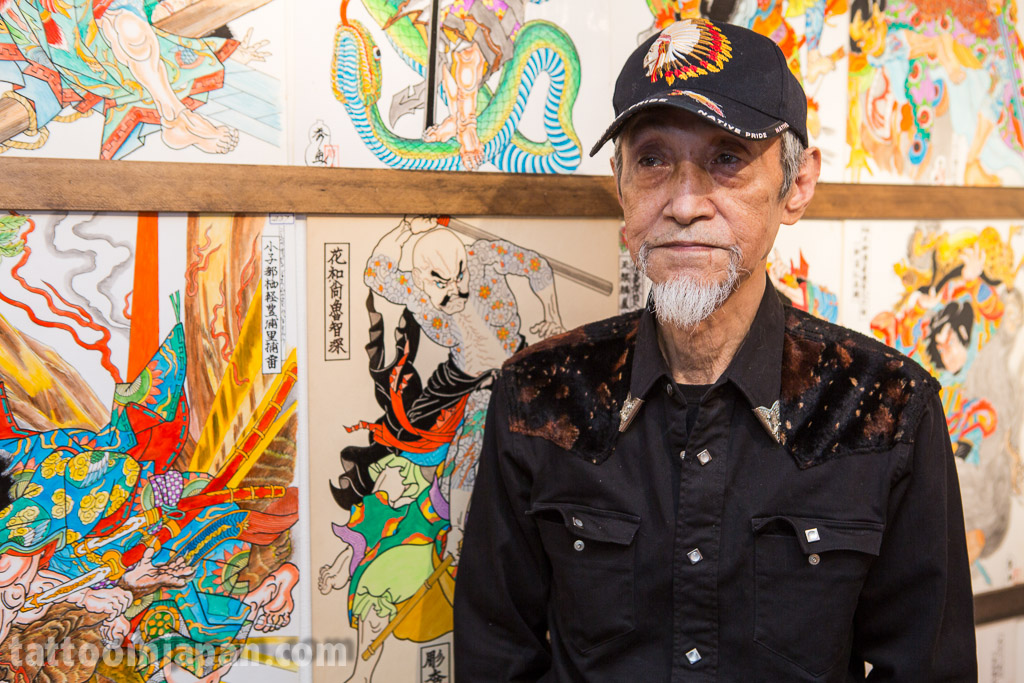 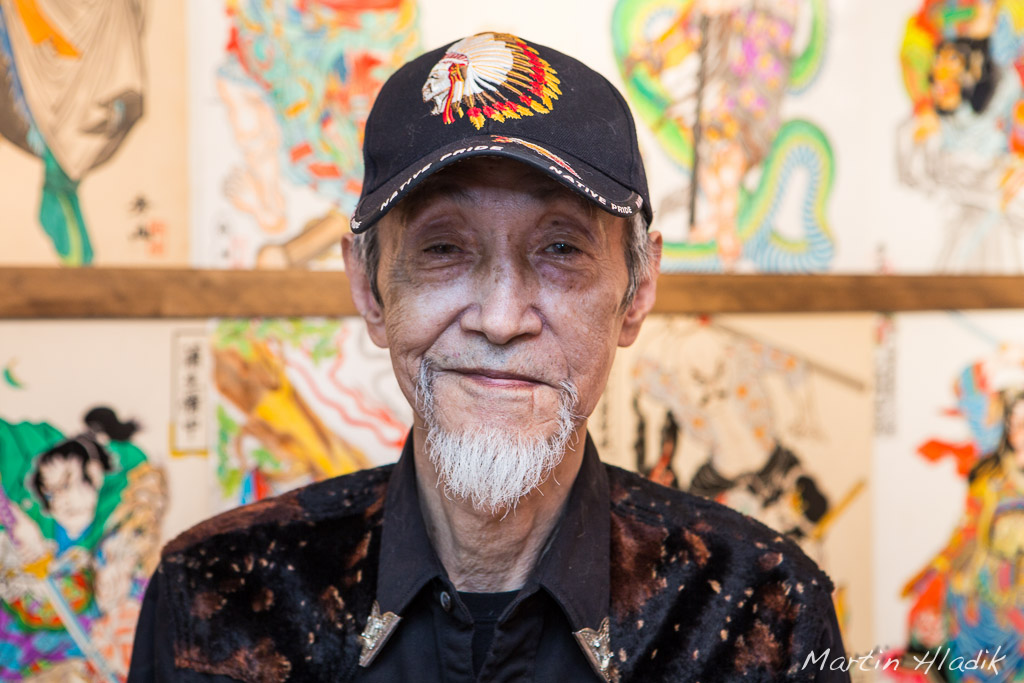